How to Get Clients to Pay NOW for 2023 Programs 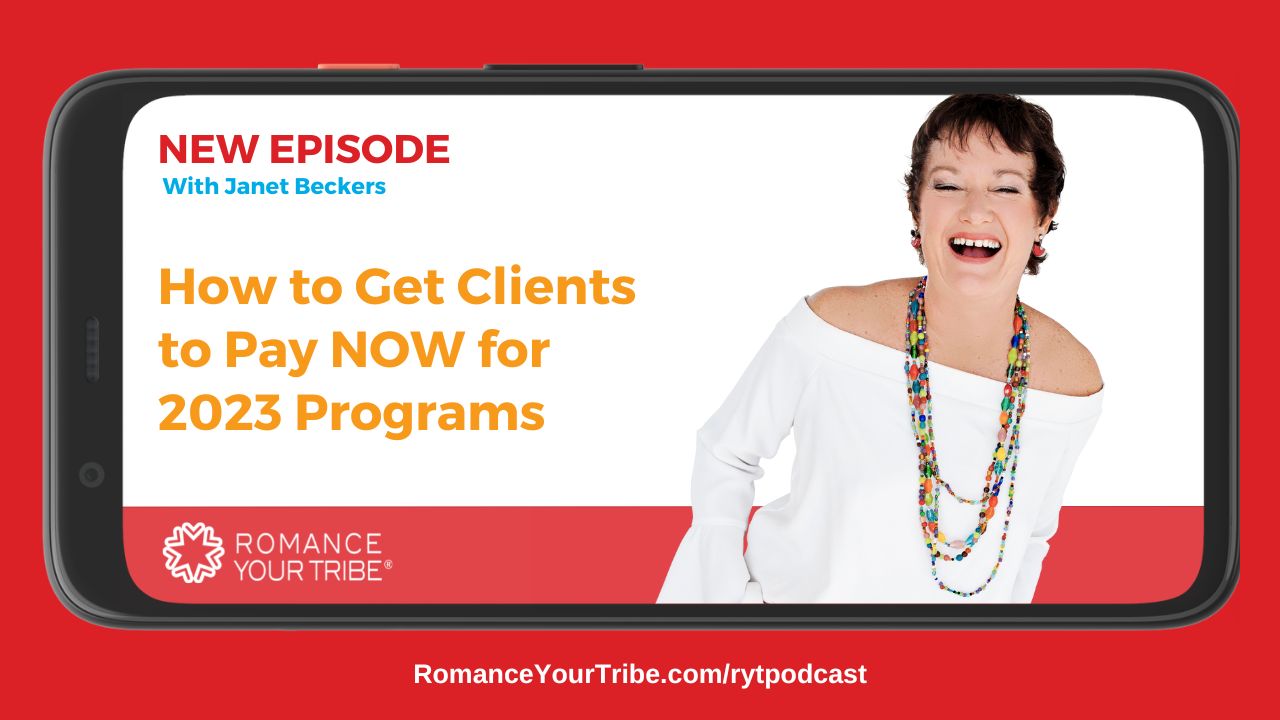 Hey,
Can you believe we are thiiiis close to the end of the year?
You know what that means don't you?
I'm not only thinking of my favourite combination of beach and margaritas that is my version of January in Australia.
I'm thinking of cash flow and how January can be a dry, dry month for many businesses.
I don't want you to hear the sound of crickets when you check your bank account every day in January. Much in the same way as I keep checking the fridge every day hoping that the miraculous chocolate cake has appeared since I last checked.

So today's podcast is all about how to get your clients to pay right NOW for mentoring / coaching / done-for-you / programs they won't be using until 2023.

In this episode I cover:

1. Why December to February can be a nightmare for cashflow and which business models are most vulnerable

2. Clarity on a win-win for you and your clients (what do you both REALLY want?)

3. How to combine cash, a great deal, security and flexibility to create no-brainer offers in December

4. All the promotion assets you need to create (hint: nothing. I'll tell you how)

5. The 3 tiers of offers that work well in December

6. The exact offers I am making existing clients right now

7. A scarecited challenge for you

And if you've been thinking you'd like to work with me personally next year to create an online business that gives you the freedom to work when you want, where you want and with who you want...
And creates genuine transformation for multiple clients at once...
Then listen to the end as I share a special offer that gives you flexibility to be with loved ones for a holiday, knowing you already have a deep-dive analysis of your business and an action plan done and you are ready to hit the ground running when you get back from holidays.

If that sounds good, let's talk.

Scarecited Challenge
Scarecited: That feeling you get when you are stepping out of your comfort zone, you are scared but feel the buzz of opportunity and excitement...
Free Training
I dive deeper into how to create success and get other people to enthusiastically promote you in my brand new masterclass plus heaps more:
The 5 (and a half) Steps To Create a Wildly Successful Online Business
Without a Huge Mailing List, Expensive Facebook Ads or Even a Website
Grab your spot over here (and get ready to create your action plan with my help).
Go get 'em folks!

Hello, beautiful you, Janet Beckers here. And can you believe that when you're listening to this podcast, it's actually the very last day in November or maybe you're listening to this, and it's the beginning of December. Whoa, how did that happen? Now, of course, that means it's super duper close to Christmas, you know that.
And you know what it also means It means it's also super duper close for a lot of people when it gets to January, and that can be an incredibly low cashflow month for certain businesses. So what I'm going to talk about today is why is this a problem for a lot of people? And what can you do about it? How can you actually make it so it ends up being a real Boomer of a month for you, instead of it being no good.
And we're not talking here about doing a big launch, doing a big sale, all of those sorts of things that you may be thinking of, when it comes to increasing your revenue in a, in an otherwise normally quite dry month for a lot of people, we're going to be talking about something you can do right now, that is not going to exhaust you with the thought of oh, I have so got to prepare some kind of promotion here.
And how can I possibly do that when everything's close to Christmas, and all I want to do is drink cocktails. So that's what we're going to talk about today. All right. So what sort of businesses really can get impacted in January. And in fact, it will tend to start in December, December, January, and it can even go over into February.
And it's businesses, where you're, you have clients that may be signing up for three months, or 12 months, whatever it is, they're working with you quite often, at a higher price level, where they're getting to work closely with you, there will be some group work, there may be some one on one, there may be done for you lots of different things that you may have in your signature program where you're getting great results.
So these are your best clients. These are great clients that you love working with. But here's what happens. Everybody, when it comes close to Christmas time is really distracted by if they're in business themselves, you know, trying to wind up and get everything done before the end of the year, or end, or they are already thinking about Ah, okay, so I've got to get this present in that present.
And I've got to organize the holidays, and who's cooking, what for Christmas, and all of those sorts of things. Or if they've got kids, they're thinking of school holidays, well, there goes any free time, I want to make the most of being with my kids. Or they may not, but they're going to. So these situations come up. So you've got a lot of other things that are vying for your client's attention apart from you. 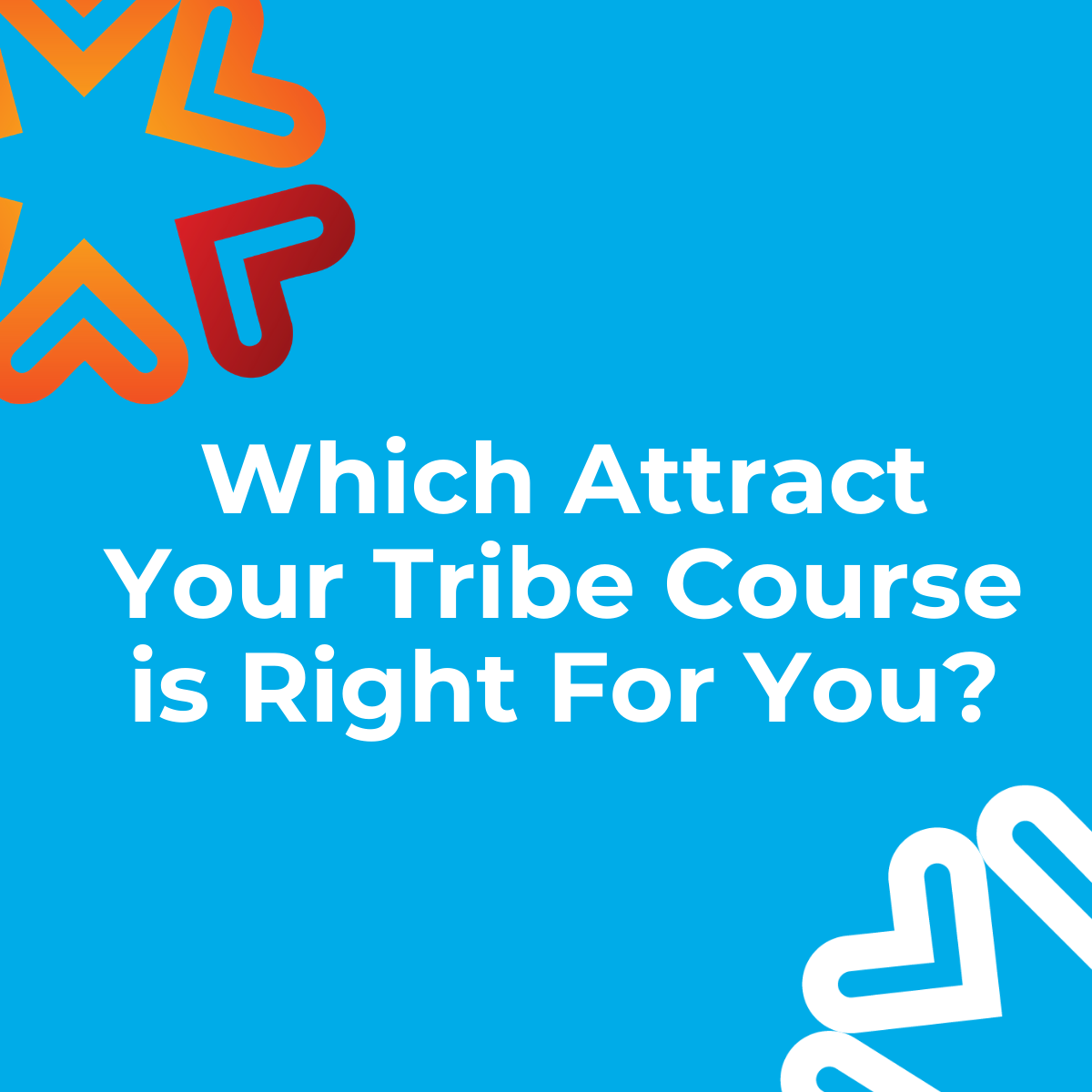 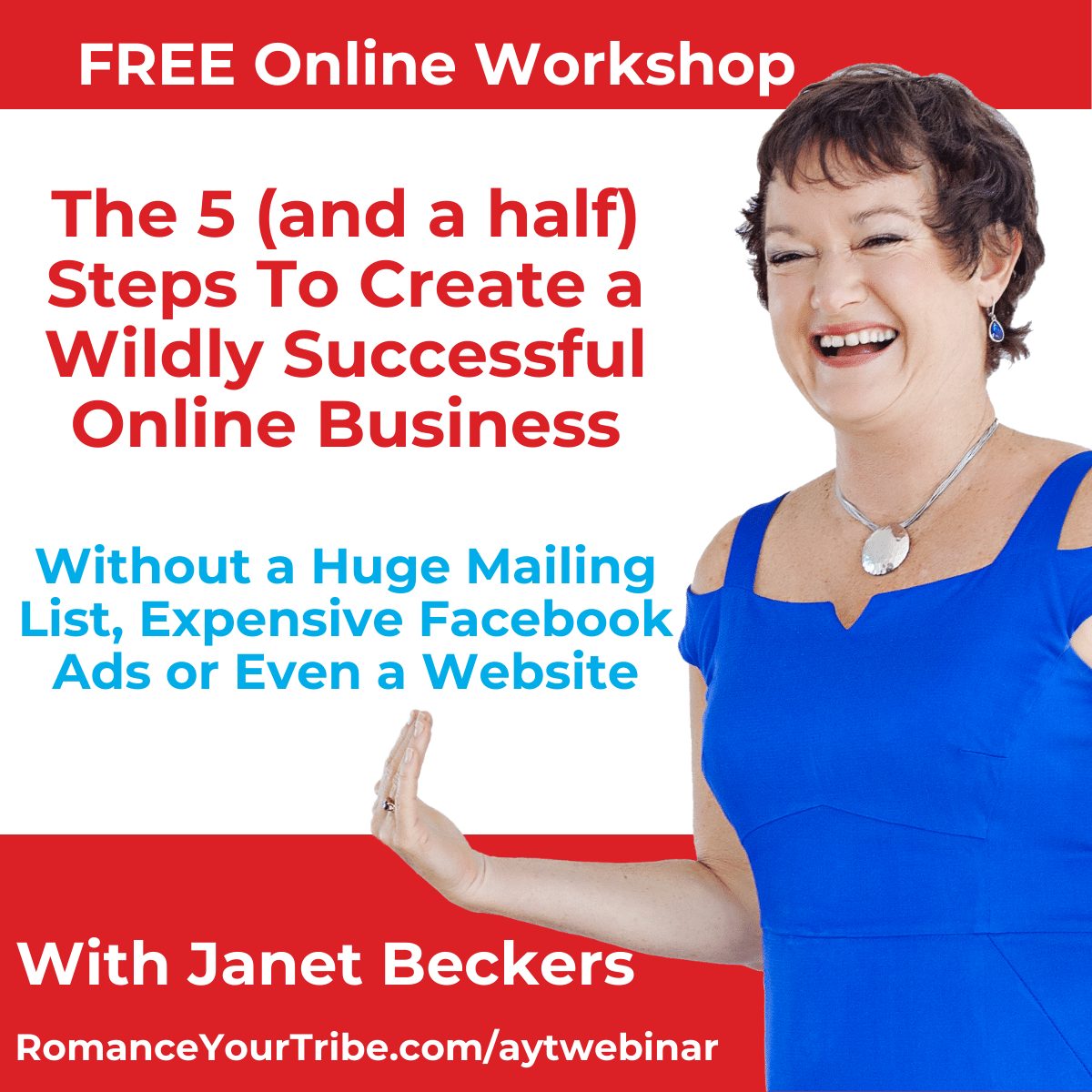 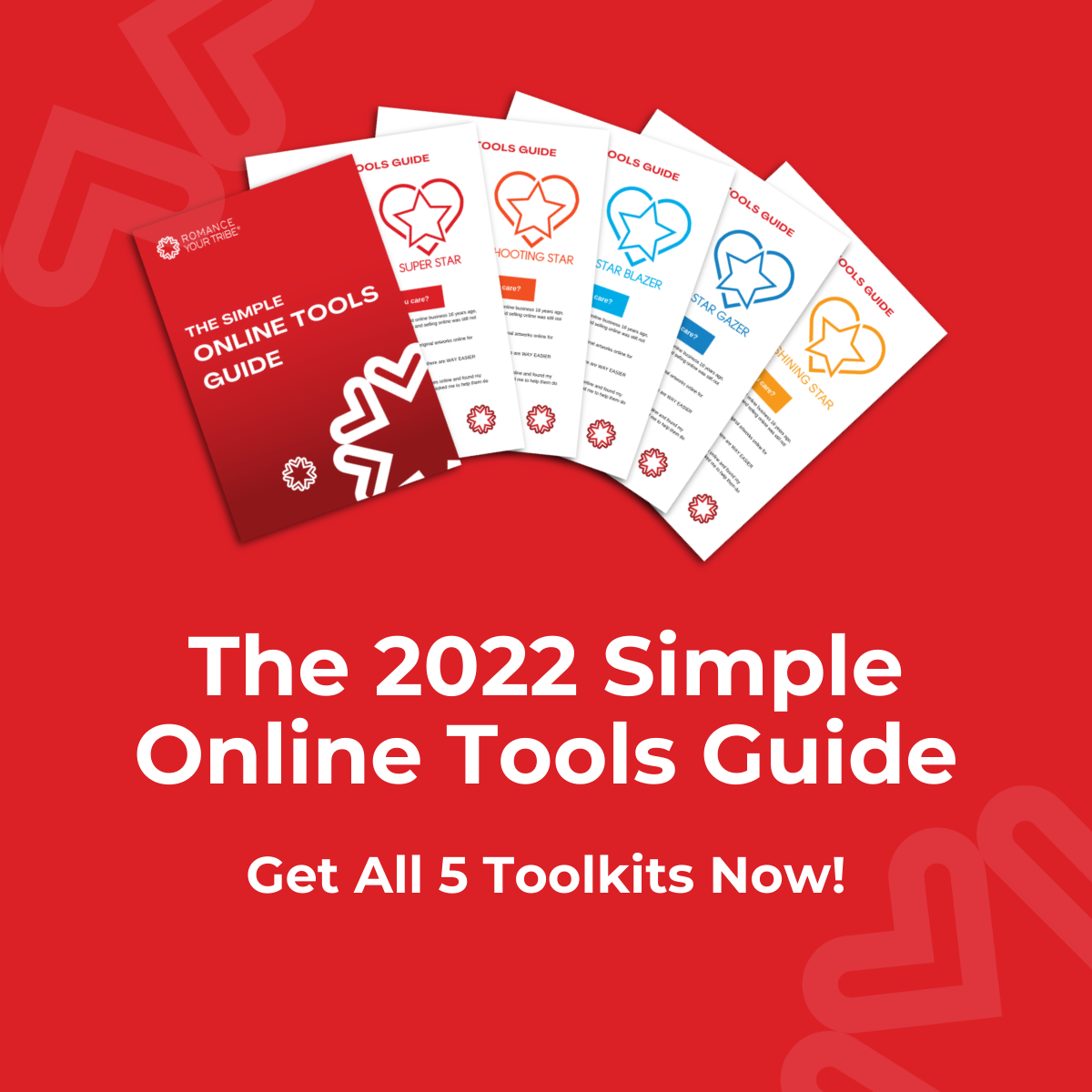 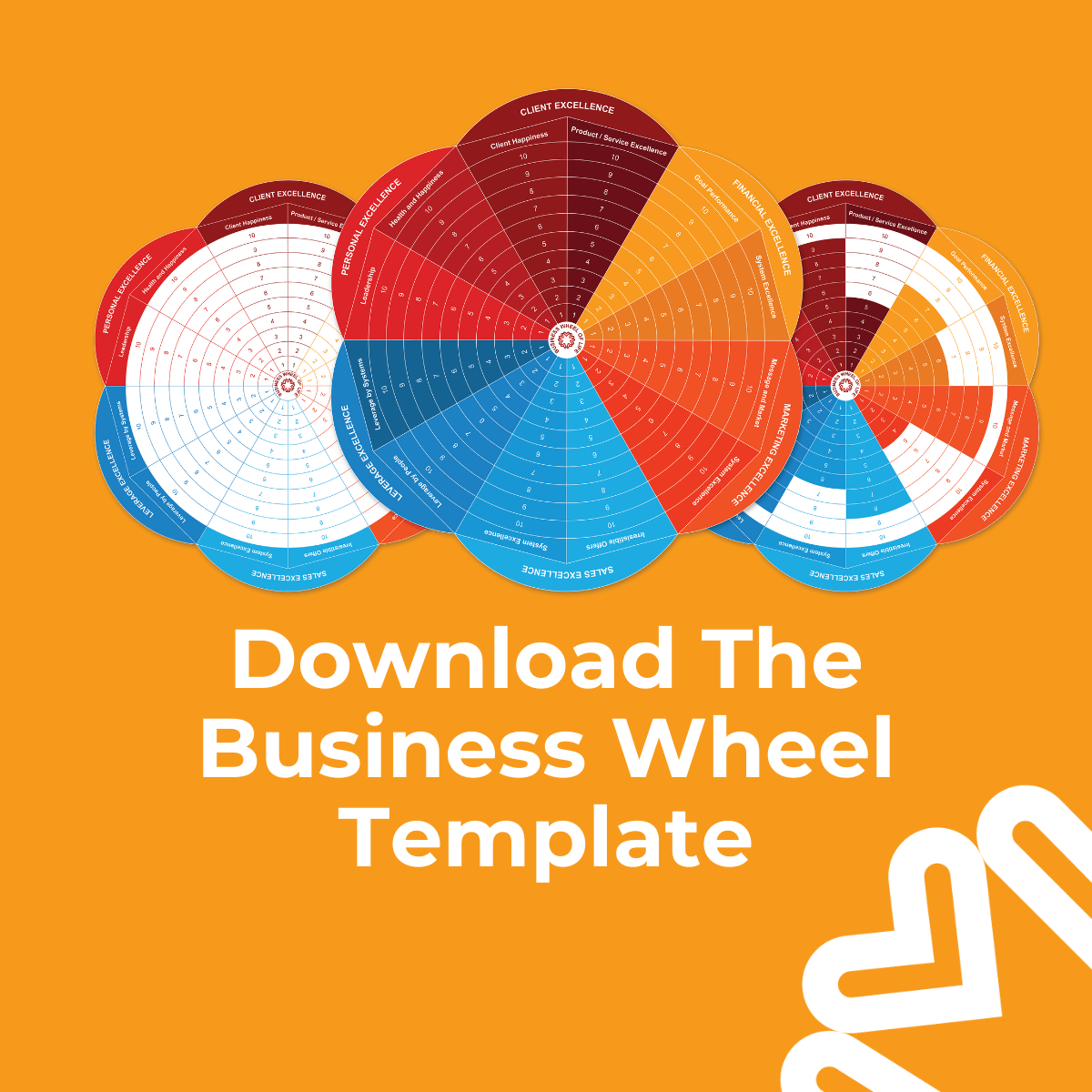 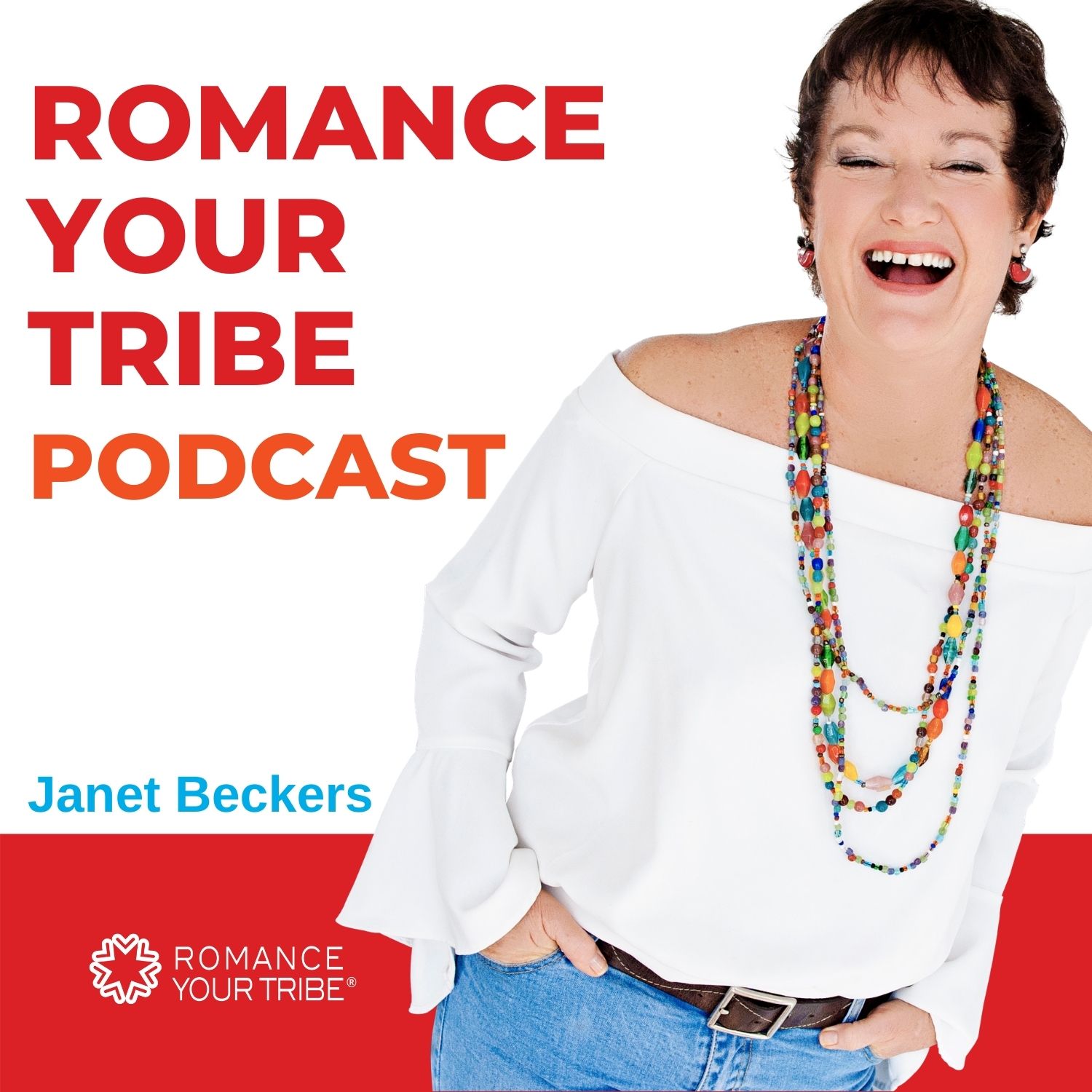 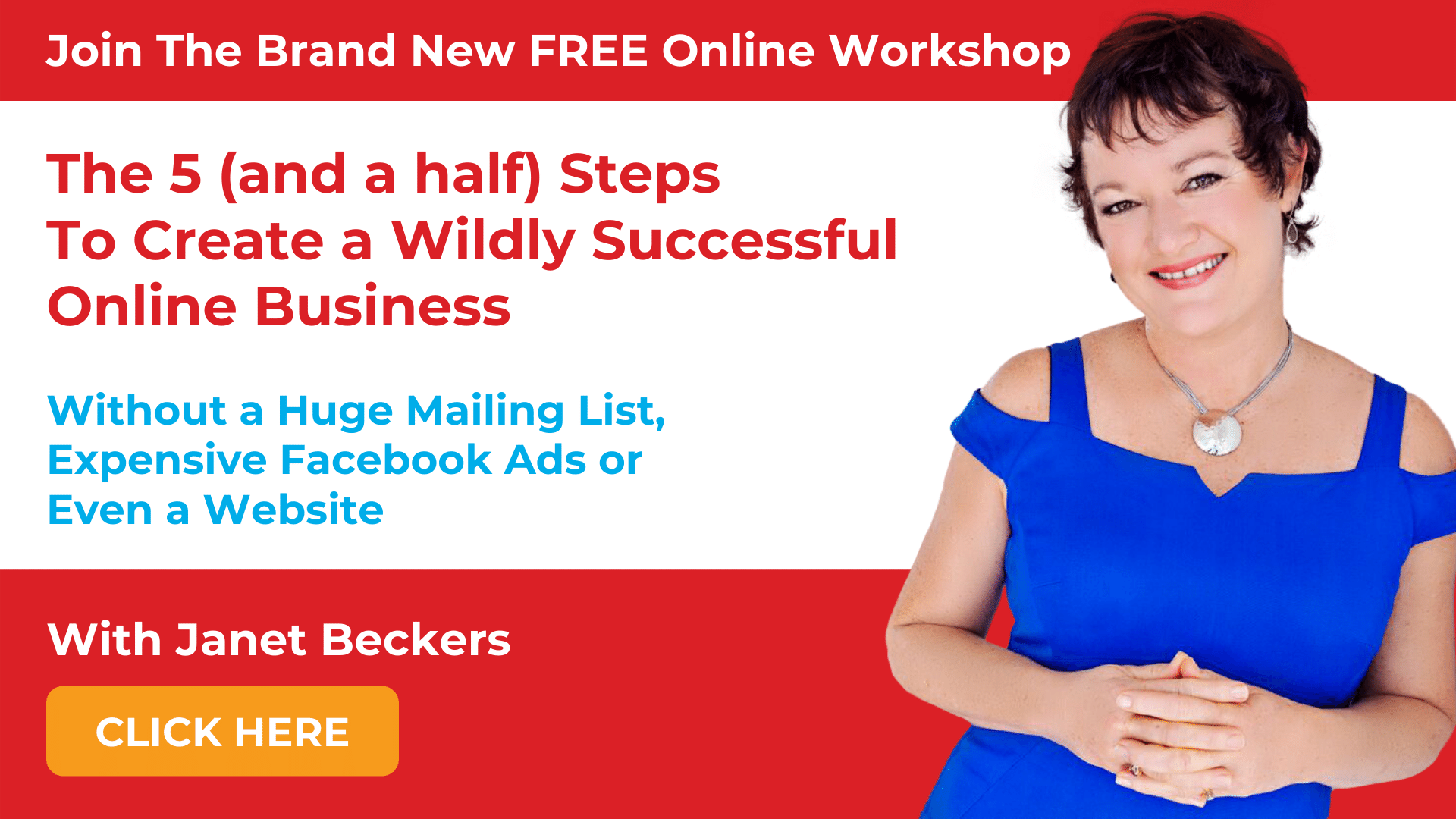 50% Complete
Before You Go, Grab This Great Resource...
The 2022 Simple Online Tools Guide
And Grow Your Online Service Based Business
The Low-Tech Way
Choose The Best Match Below
and We'll Customise Your Online Tools Guide
Continue...
Your information is safe and will Never be shared
50% Complete
Sign-up and receive your CUSTOMIZED Toolkit before you go.
Get Your CUSTOMISED Toolkit Now

Your information is safe and will Never be shared